The BBRC was well represented at the Centurion Running South Down's Way 50 on 17th April.

Richard McDowell, Nik Barter, Melanie McKay (in absentia) Jo & James Robinson, and Dimi & Andrew Booth kindly gave up their time to chat to Lorna about their experiences of the race.

Richard '#formality' McDowell (real name CFTB) won the SDW50 in a staggering time of 06:02:19. He completed the 50 miler in style with a self-engineered hybrid backpack (the design of which resembles the result of a breeding experiment between a Decathlon bag and Innov-8 vest - or possibly just a life vest stolen from under the seat on a Ryanair flight). The win was all the more incredible since Richard was locked into his campsite on the morning of the race (sabotage!).
Many congratulations Richard!

Nik Barter talked about his race not going entirely to plan with knee issues, targeting a sub-7 hour finish and coming in at 08:51:42. A phenomenal effort, and strict instructions from Lorna to get that knee on ice!

Melanie McKay had some issues with injury and training in the build up, and was left with only around 8 weeks of training. She enjoyed the race and felt that she did better than she expected to given the challenges in the build up, with nutrition and hydration a particular improvement on previous races.

Jo & James Robinson - Jo ran the race, with James manning the aid station at Housedean (just over the halfway point). Great to have the perspective from a checkpoint volunteer, particularly for those of us who are yet to take on an ultra. Jo has a couple of ultras under her belt, and talked about how the weekly BBRC sessions helped her in this most recent race in addition to tailored group training through Centurion. Jo was happy with her time, coming in just 5 minutes slower than last year's race despite lockdown challenges and sporadic training.

Dimi & Andrew Booth - The Booths ran the SDW50 together in a time of 11:51:03. This was the 5th ultra they have run as a pair and the 2nd that Andrew has finished. Supporting each other through some meltdowns along the way, and debating the best way to take on a hill, Andrew was delighted to finish without the evil runner's knee making an appearance. 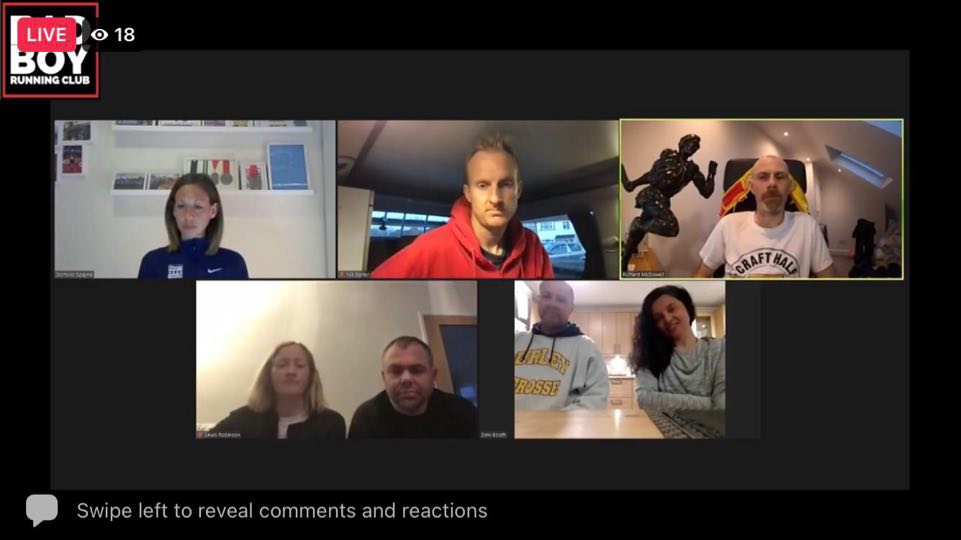 Congratulations to every single one of you; you truly did BBRC proud.

We hope that there will be many more FB lives like this now that races are getting back on track. Even the tech played ball on the night!