The 25th June saw me at the starting line of my first Backyard Ultra at Witikon in Zurich. I had totally nailed the preparation for this; a good training block, permanent marker on my arm with differing pace times to complete each loop, ziplock bags of food with carefully calculated amounts of carbs, multiple flasks of fluids in a cool box, compartmentalized kit ready to go, hair dyed luminous red to match the club kit. What could go wrong?

So, for those unfamiliar with the format, a quick recap. You need to complete a 4 mile, 6.7 mile loop in an hour. Every hour. Until you no longer want to, or can. This race started at 6pm so would head into the night fairly soon at 9pm. The registration went well and I even got a surprising FYB! from a local Swiss guy. People were super friendly despite my terrible German skills (helped by much appreciation of my BBR shirt with the appropriate slogan "There's nothing between you and your goals, but a total lack of talent and a complete failure of will"), plus there was another Brit expat who had got a place on the waitlist 2 weeks previously. In true do-badder style, he explained he did triathlon, and hadn't run more than 50km a month this year. He went on to lead every loop and won overall.

My race went less well, at least to start with. First loop was fine, then for the next 5 hours I was desperately trying to get back to the toilets, find time to poo and get back to the start line. Nutrition plan went totally out the window with basically no calories for hours. This was not looking pretty. The darkness (as always) didn't help me mentally. However, I really didn't want to ruin my first big race in ages. With dawn, I knew I would get a mental boost, and I really did. Suddenly everything was good with the world, I was chatty, I didn't need to poo and I put in a speedy lap. I started being able to eat again, although pretty much did the rest of the race on fruit and coke - not my carefully thought-out nutrition plan at all. 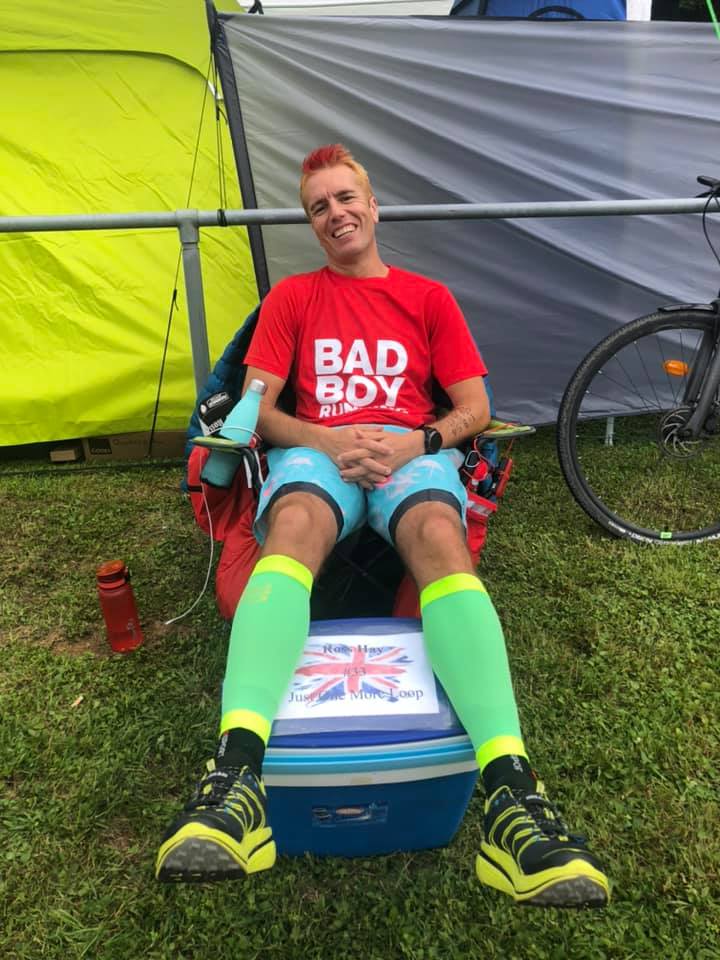 The day went on and to be honest, I started to target a finish at 100 miles. I had planned further, with an ideal situation of making it through 2 nights, but the lack of fuel had set me back a bit. As I came in for 100 miles though, my wife had surprised me by bringing the kids so I could run them over the finish line for the first time ever - it had always been something I had wanted to do and made it very special. I was convinced to go out for another lap which was hard, but fine. I was then made to go out for lap 26 after a massive protest, but this time I made it 1.5km in before turning around as I couldn't maintain the required pace even downhill. So, my end result was 25 laps, 104 miles, 12th place and a very much expected DNF like all but 1 other competitor.

Overall, a great format, I'll do another for sure, and would recommend to anyone as a great way of doing an ultra. I had thought it would be boring, but it really isn't. The biggest challenge is maintaining the pace in the latter loops (especially if you are used to marching it in during a normal 100 miler), as well as being very organized.

Postscript: I've still not worked out what caused the poo issues - it's never happened to me in any race before, and there was nothing different I did this time.