Over a year ago - when FKTs were becoming a thing I spotted the route that no one else had claimed - the 64km (40mile) Greensand Ridge Walk. Annoyingly, 12 months on I've finally managed to get out onto the Greensand Ridge Walk - but not before two other folk others had already set (and beaten) times - but such is life - a lesson to claim anything you spot ASAP. 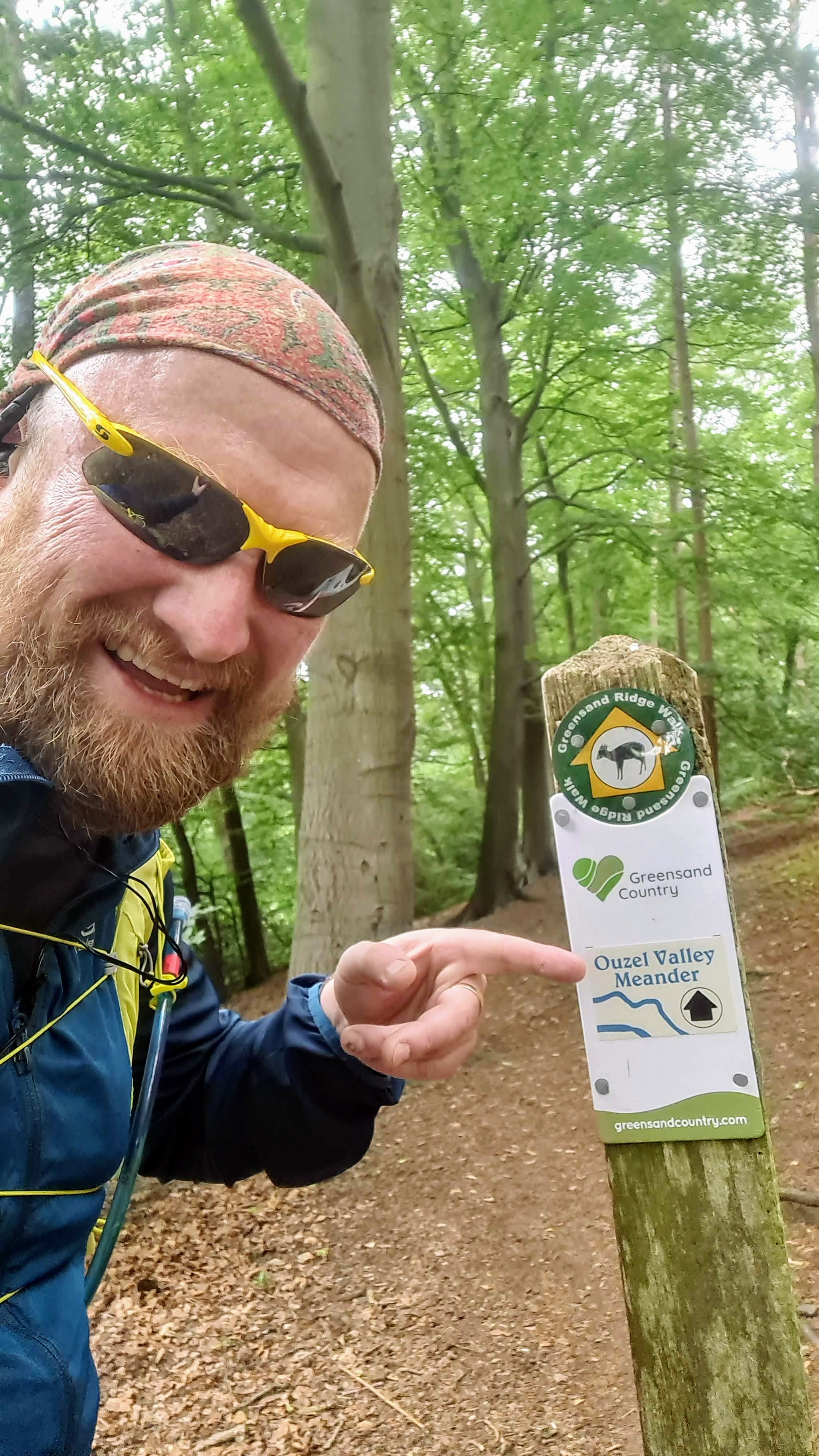 The route itself is great - gently rolling with no serious hills and conditions generally sandy and well-drained so the recent rain want an issue, more small pretty villages and country estates than a county like Bedfordshire is entitled to.  The route itself goes through (or past) a few landmarks, including Rushmere Park with its stunning ancient woodland, Woburn Abbey, the Millbrook Vehicle Proving Ground (of Top Gear fame), the Shuttleworth Veteran Aircraft Collection -  not to mention at least 3 abandoned churches a few country estates and the joy of crossing three national roads - the M1, A1 and A5.

How did it go? I finished (with press-ups) in just over 11 hrs 30 - took it easy and played with nutrition (flapjacks appear to work for me).
Would I do it again - YES either solo or as a group.
A bonus tip is that the Potton Brewing Company is based 2 miles from the finish  - so locally produced rehydration options are close to hand in most local pubs.