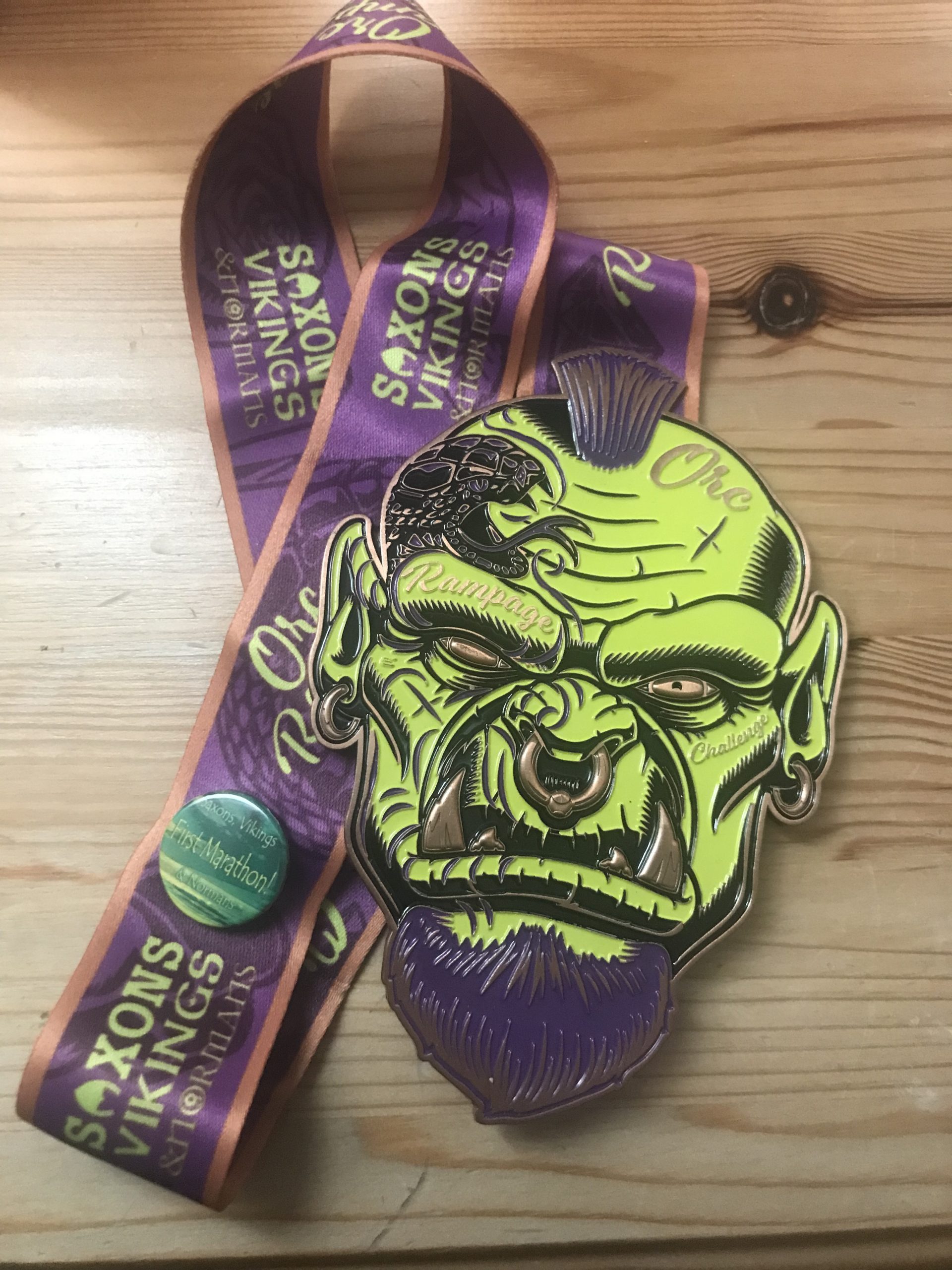 Whilst I have been a member of BBRC since the start of the year, my running was limited to anything up to a half-marathon (and sports involving cheat-machines or combining cheat-machines with running and very occasionally swimming). It was time to try something a bit longer (well at least for me). The cheat-machines were relegated to the shed and I started to follow an actual training plan. My aim was to take on a small, lapped event, so I chose the wonderfully named Saxon, Vikings and Normans Orc Rampage! The event was just off the M1 in Northamptonshire, and was laps of a 5-ish mile course, as many or as few as you wanted in a 6hr time period. The route was a mix of paths and grass, along the canal and around the floodplain, and pretty flat apart from a couple of dips (which just seemed to get bigger with each lap). There were 40 entrants on the day, who completed between 1 and 6 laps. Being a small event and lapped there was no pressure to complete a course, and you could stop at the start/finish after each lap if needed. This was ideal for my first attempt, as I knew I could take stock after each lap as needed. The downside was that other runners taking on different distances meant no pacers and it was hard to judge your pace against others, as you didn't know who was running what distance. 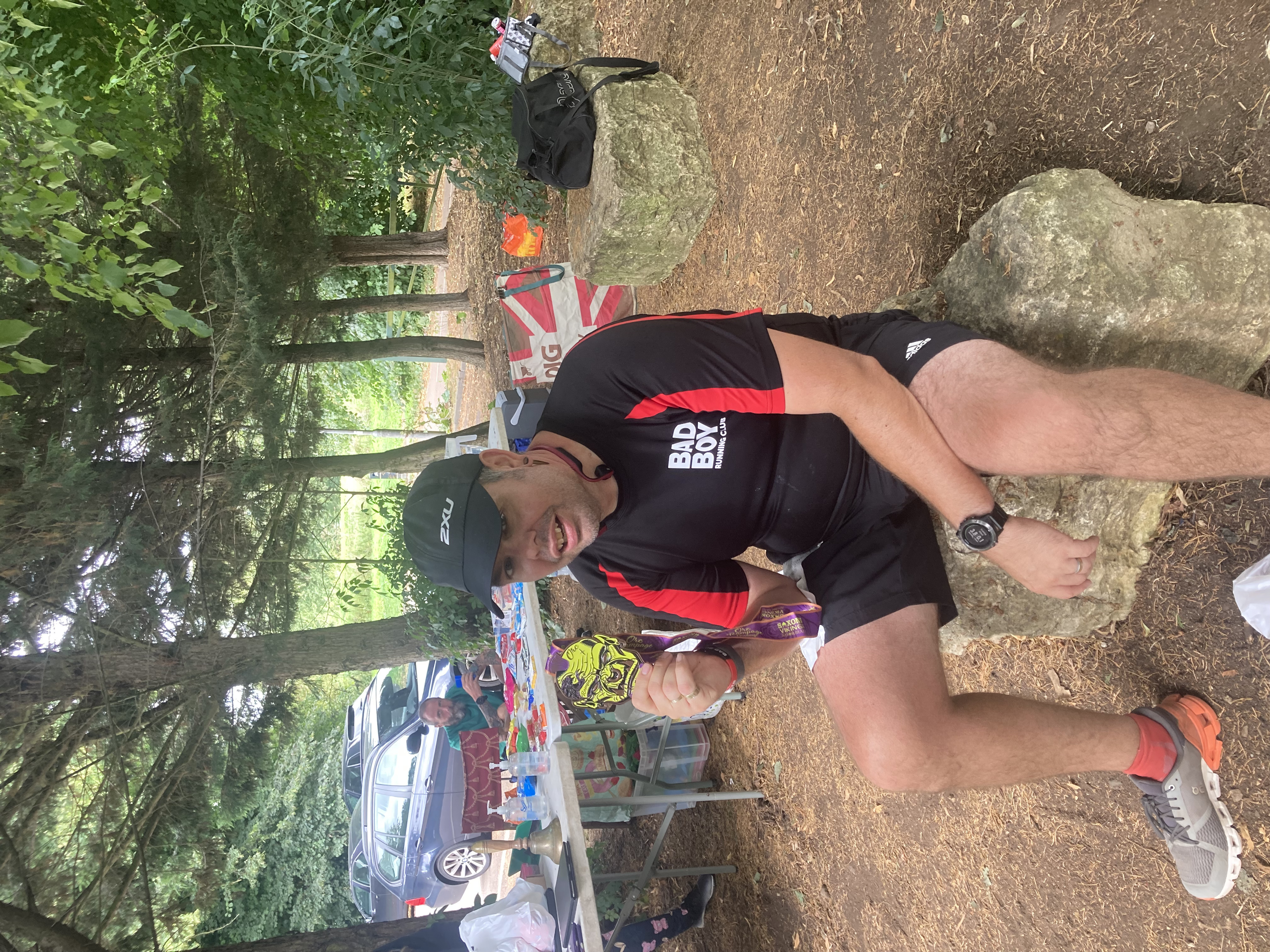 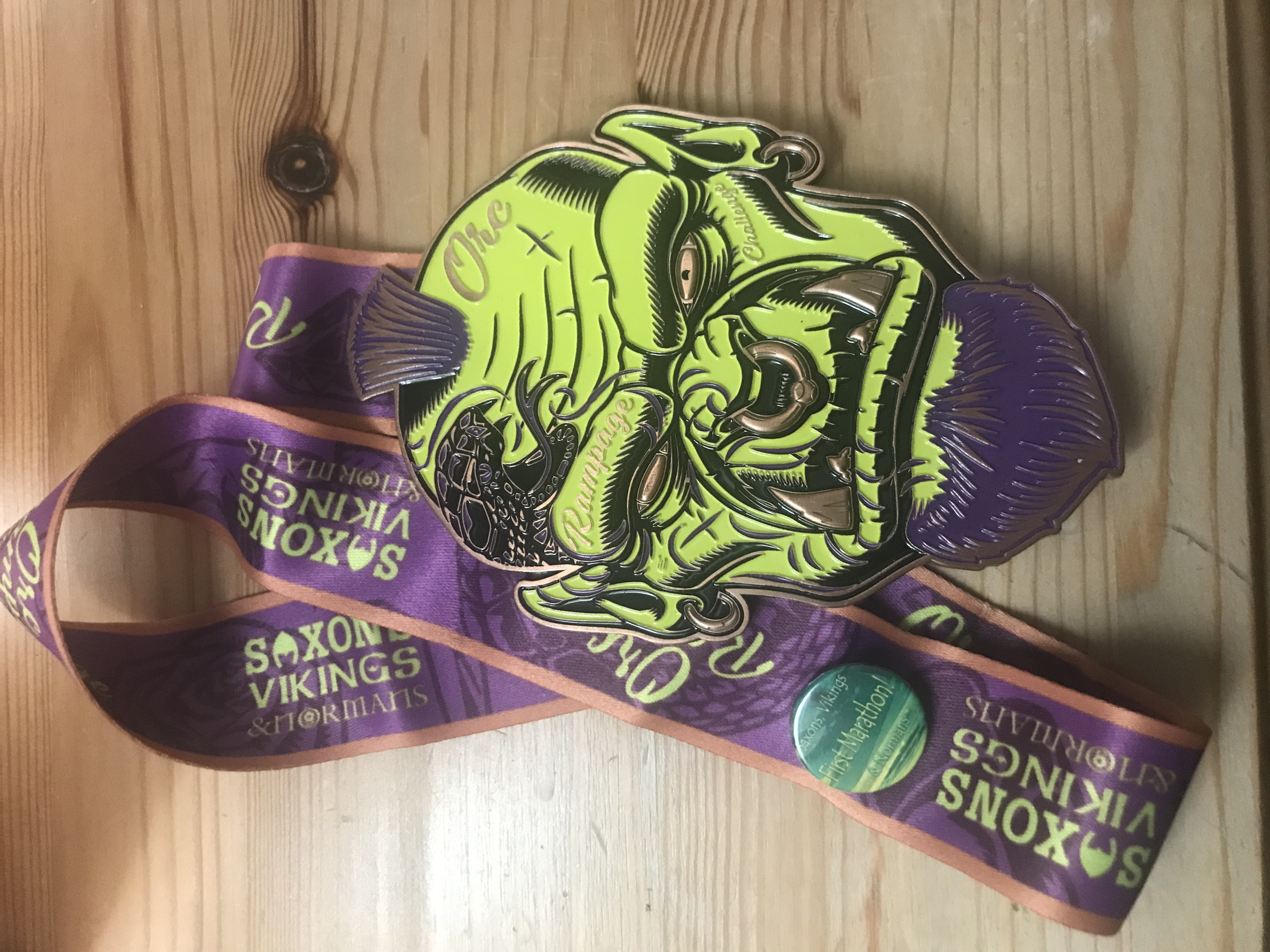 The event had a very relaxed atmosphere and there were plenty of refreshments but not the usual gels, Tailwind etc rather custard creams, chocolate biscuits, crisps and similar. Tempting as they were, I stuck to my plan of Torq gels, Chia Charge flapjacks and ActiveRoot, and remembered Gary's advice about eating regularly and restocked after each lap before heading out.

Run wise, the first three laps seemed to go well, then the sun came out and a strong headwind started to play a part, and I began to slow, but with the lapped format, it was much easier to regroup after each lap and head out again, treating each lap as a new race. The final lap was a 300m out and back to the Cone of Doom, and at the end of lap 5 I managed a "sprint" (in the loosest of terms) to finish my first attempt within the 6hr cut-off for starting your last lap. Then the obligatory press-ups, and done.

My target was 5h 30m, and I finished in 5h 55m, not as quick as I had hoped but within the time limit for starting the last lap and under 6h. I know I can go quicker and have already started looking at more events, but for now, the cheat-machines are getting some attention again as my legs recover.

If there are any BBRC members who, like me, are just starting to run further and look for suitable events, I would recommend an event like this, as a great way to start.